One of the impacts of the disaster on the declining quality of life of the population can be seen from various public health problems that occur. The disaster followed by the evacuation of herpotensions caused health problems that were inevitably initiated by problems in other sectors. Earthquakes, floods, landslides and eruptions of Mount Merapi, in the short term can have an impact on the death toll, severe injuries that require intensive care, increased risk of infectious diseases, damage to health facilities and water supply systems (Pan American Health Organization, 2006). Timhulnya health problems, among others, stem from the lack of hersih water that herakihat on the poor self-angst, poor environmental sanitation which is the beginning of the breeding of heherapa types of infectious diseases. See News.

Starting in the third week after the disaster, the team from Yayasan Kawan Baik Indonesia and Fair Future Foundation sent packages of medicines and setup a place to store medicines and medical supplies at Rumah Kambera, while a team of medical volunteers from Udayana (Janarduta Medical Assistance Team) and some from Undana Kupang, had first been in the activity to provide medical assistance in the form of medical examinations and treatment accompanied by doctors and local medical personnel who have medical permits.

In addition to the disasters that have an impact on the decrease in public health levels, local health facilities are also busy in handling Covid patients whose numbers are increasingly not also down. This makes the access of medical personnel more limited to be able to reach the community, especially those who are victims of the Disaster of Cyclone Seroja in East Sumba.

The stock of medicines still needed to support this mobile health activity can be more optimal. 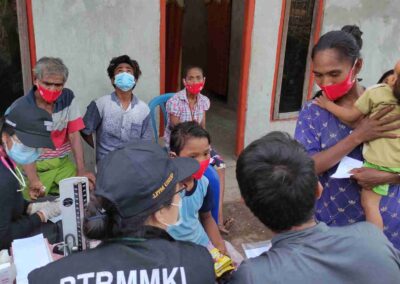 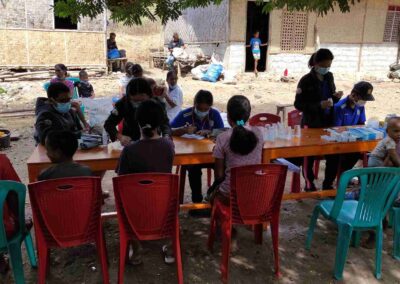 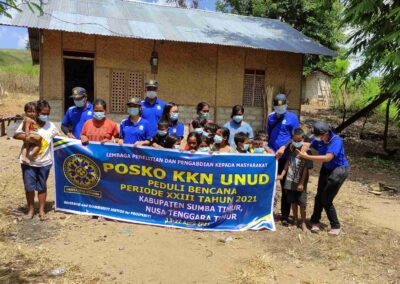 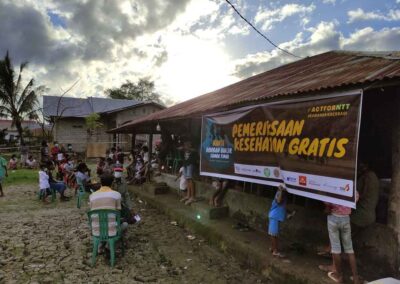